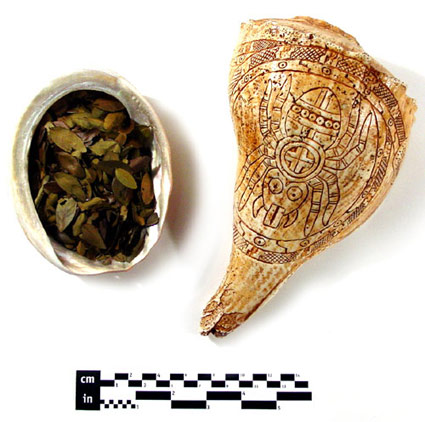 The use of cacina or "black drink" has great antiquity among southeastern Indians. It was served on social and ceremonial occasions, similar to the way wine is used today.

Cacina was made from the roasted leaves of yaupon holly (Ilex vomitoria) and often served in shell cups or dippers. Since the distribution of shell cups and yaupon holly increased significantly during the late prehistoric Mississippian period, and both are native to the deep South, it is believed by some that the Lake Jackson site in Apalachee Province was an important source of the knowledge and raw materials associated with this widespread tradition.