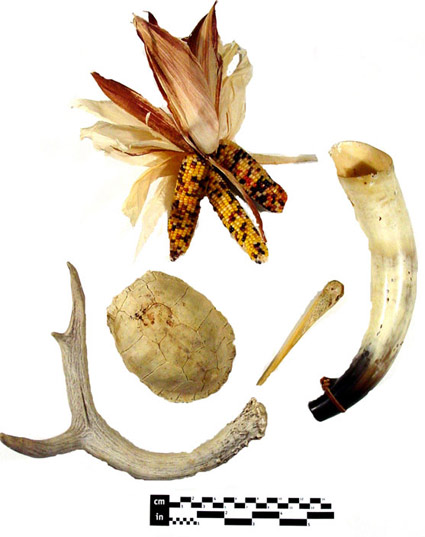 The Apalachees used the natural resources available to them in many ways. Although most plants and animals were viewed as sources of food, they were also utilized as tools, fuel, instruments and ceremonial objects.

Turtle shells could serve a variety of functions from cups to rattles. Deer antlers were often used for flintknapping, while deer bones, particularly metapodials, made sturdy awls and other tools. Once corn was eaten, the cobs were burned in smudge pits to control insects in Apalachee buildings.

"Little flies, which they call maringons, annoy them [Florida Indians] often; to get rid of these vermin, they make small fires in their houses--especially under their beds. They say these flies sting cruelly, and those parts that are stung look like the flesh of lepers."