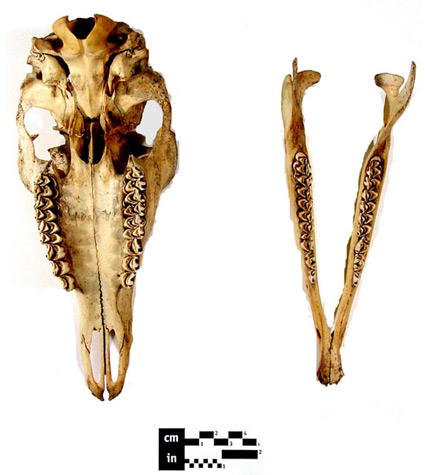 Deer was one of the few native (endemic) mammals eaten by San Luis residents. Not only was the meat consumed, but deer bones and antlers were frequently fashioned into tools, sinew was used for lashing, and the hides were made into containers, clothing, blankets, and served other purposes.

"The clothing of the men of this province and of those who are neighbors to it is one single deerskin, very soft, not tanned, but rubbed between their hands with their fingernails, which they never cut."